In the center of Berlin on the Museum Island, a very special cultural center has been built: the Humboldt Forum. It's located in the Berlin Palace, which was built at the beginning of the 18th century as one of the most important secular Baroque buildings and is now getting revitalized. This has also an impact on the city of Berlin - the Berlin Cathedral and the Altes Museum at the Lustgarten as well as the Boulevard Unter den Linden will re-gain their urban orientation. 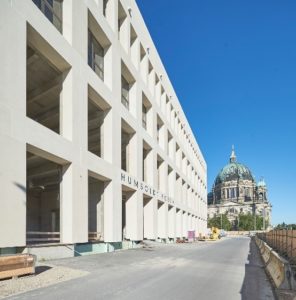 But in contrast to the former function when the Berlin Palace was a symbol for military power and Roman-influenced autocratic architecture,  it will now represent a whole new idea:

The Humboldt Forum is conceptualized as a venue for culture and dialogue that spans the globe. The comprehensive programme of exhibitions and events offers visitors an opportunity to experience the world in its entirety and informs about culture and science. The concept of Humboldt Forum creates spaces for encounters and exchange.

From 2019 on, permanent exhibitions of the Ethnological Museum (Ethnologisches Museum) and the Museum of Asian Art (Museum für Asiatische Kunst), the Berlin Exhibition and the Humboldt Laboratory as well as exceptional temporary exhibitions will move into the Berlin Palace.

With this comprehensive programme, the Humboldt Forum attracts very different types of visitors who will move within the Berlin Palace in different ways. 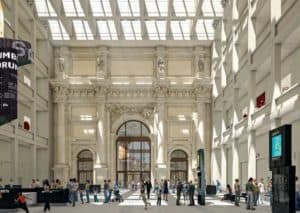 accu:rate was commissioned by the Humboldt Forum Foundation with a visitor flow analysis to answer the following questions:

On the basis of the simulation results, recommendations were worked out on how the building could be designed even more optimally for different visitor groups. Furthermore, the visualization of the visitor flows could provide insights into the capacity limits of the building and bottlenecks on each floor. 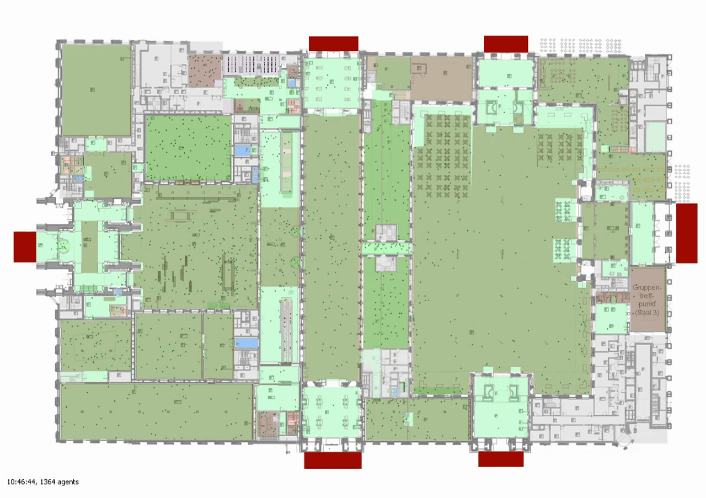 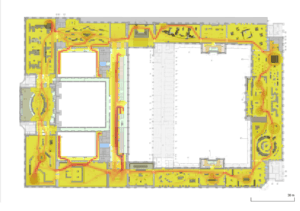