When planning and operating schools, one faces several challenges, especially with regard to fire protection: new learning and room concepts are changing school buildings and making room use and escape routes more complex; in addition, class sizes are constantly changing. This flexibility is in contrast to the prescriptive regulations from fire safety and occupational health. To ensure safety for students while maintaining flexible and modern pedagogy, modern verification methods must be used. 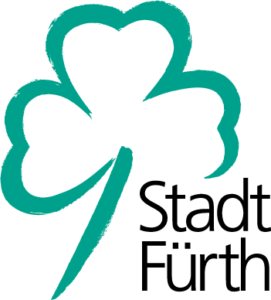 The city of Fürth cares about the needs of its citizens: especially in school construction, future-proof new buildings are therefore planned that can be used flexibly. The fluctuating number of people in particular poses a challenge for fire protection: how wide should the escape routes be planned so that, in the event of an emergency, every person can leave the building in time? Here, the city of Fürth decided to use evacuation simulations already in the planning phase in order to design the new building in a future-proof way.

"Planning a school building is complex because it is used so flexibly. That's why we decided to use simulation. The results showed us where we could make adjustments structurally or organizationally so that operations would run smoothly later." (Gebäudewirtschaft Stadt Fürth)

Different occupancy options of the building were to be analyzed in order to work out an unfavorable occupancy and to simulate it afterwards. The protection goal to be demonstrated was the total clearing time as well as the avoidance of significant congestion, especially in the staircase area.

With the help of the simulations, the fire protection concept could be supplemented by a performance-related verification. It was shown that it is possible to allow particularly high class densities or numbers of students in individual areas, since the planned escape routes and stair widths are sufficiently dimensioned. This means that the school can be used flexibly in the long term.