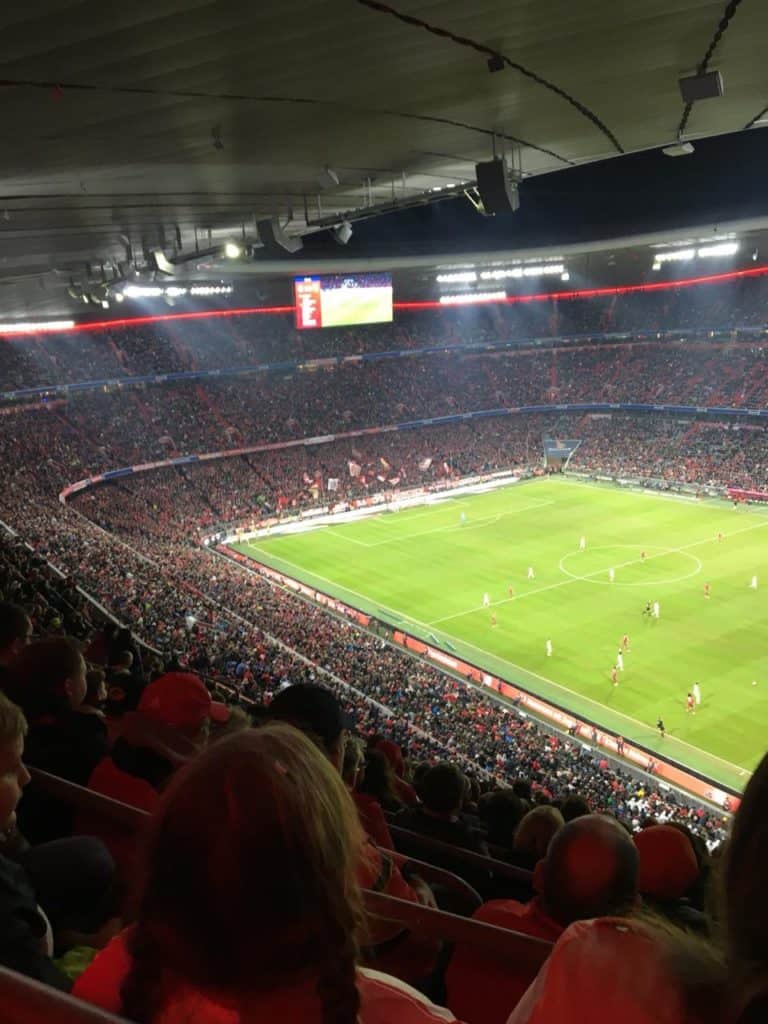 The Allianz Arena opened for the first time in 2005. Due to the high demand from the fans and the surcharge for the European Championship in 2020, the stadium is in continuous development. Today, the venue has seven levels and a capacity of 75,000 visitors. It is the second largest football stadium in Germany.

One of the main characteristics of the stadium is its unique esplanade, which is 153 meters wide and 600 meters long. The esplanade functions as both the entrance to the stadium and the roof of the car parks beneath. In 2018, changes and modifications were made to this esplanade. To ensure optimal safety and an up-to-date fire protection concept, Allianz Arena München Stadion GmbH has worked with hhpberlin- an innovative fire protection firm - since the construction of the venue. hhpberlin commissioned a review of the evacuation concept.

The redesign of the esplanade connects the parking garage and the underground station Fröttmaning with the Allianz Arena.

The simulation confirmed that the evacuation of the stadium was safe. hhpberlin used the results of the simulation to test visitor flows during a complete building evacuation.

Based on the analysis of the results, hhpberlin found room for improvement, including the widening of specific paths.