Verification of the evacuation concept of a film and tv studio

First priority for the operators of the location, the Bavaria Studios & Production Services GmbH, is the safety of spectators, visitors and staff. For this reason accu:rate was commissioned to review the evacuation concept of "Studio 12".

The Bavaria Studios are the first choice for film and TV producers in and around Munich. But also for visitors to the Bavaria Filmstadt, it is one of the most popular attractions in Munich. Part of the location is also the "Studio 12". It is one of the largest self-supporting studios in Europe and is the largest on the area of the Bavaria Filmstadt. With an impressive area of 3150 m², the location offers space for more than 880 spectators and is the shooting location for various movies and elaborate entertainment shows, including shows by the well-known german TV duo "Joko und Klaas".

„The simulation was able to provide us with valuable insights for optimizing the evacuation concept. We are now well prepared for an emergency!“

The goal was to verify a safe evacuation of the studio using an evacuation simulation.

The report showed that the studio could be safely evacuated. Further optimization is possible if visitors are cleverly distributed to the emergency stairs.

accu:rate was able to validate the evacuation concept within the project, to detect neuralgic points and thus provide the client with important information for the security concept and the training of evacuation assistants. 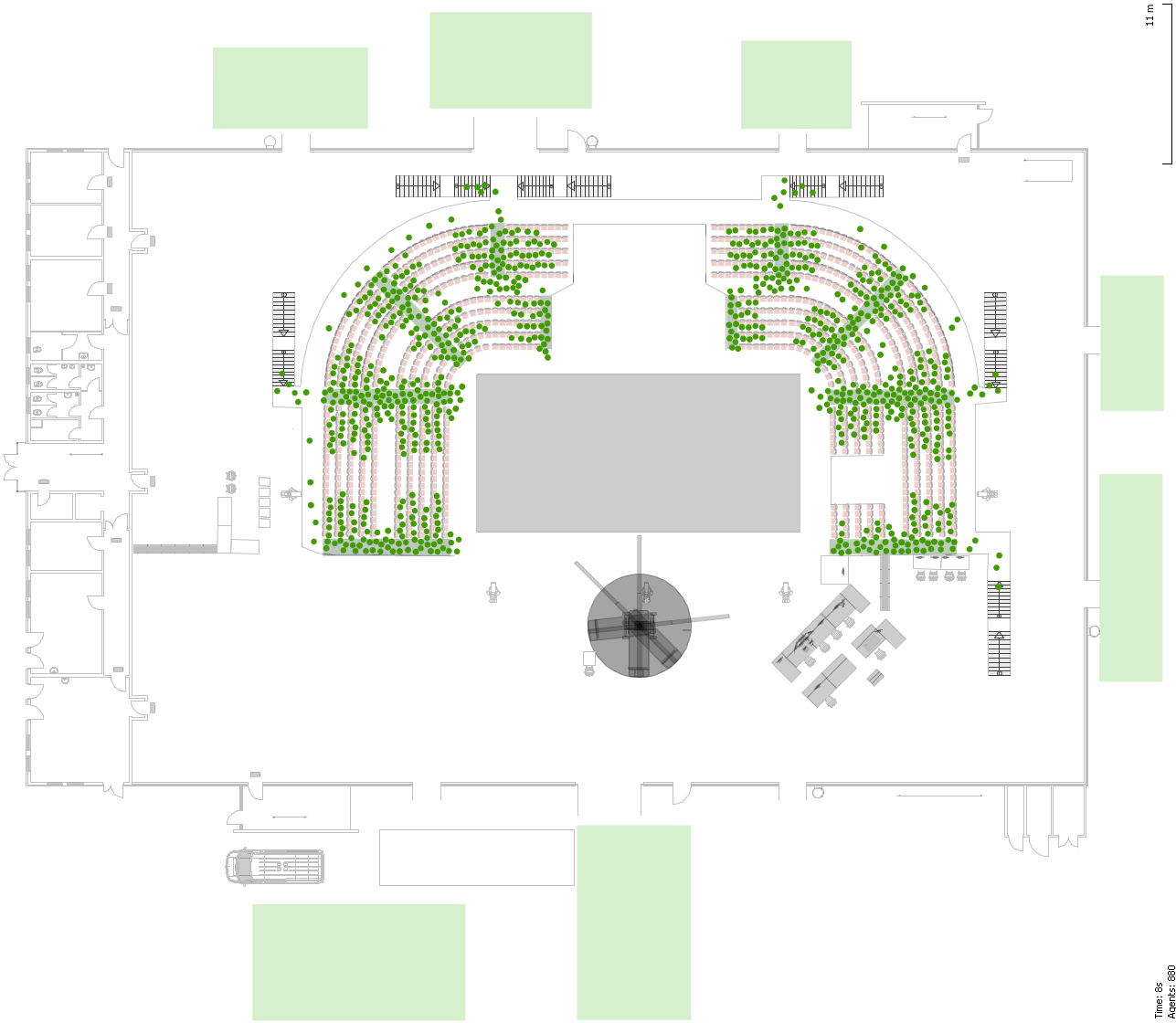 Figure: Screenshot from the simulation of the studio