We develop and improve crowd:it continuously. And now, a new version is released with great new features.

Define different populations within one simulation 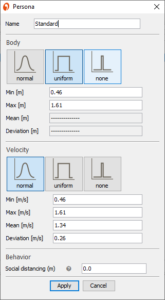 Within crowd:it, different populations can be modeled by using body size and velocity distributions. From these distributions, individual agents with a specific body and velocity are placed into the simulation. Until now, the user could define only one distribution for the whole simulation. With this release, different populations (such as elderly, handicapped etc.) can be defined per origin as so-called personas, which are re-usable.

To simplify the creation of origins, the dialog has been improved: Different settings can now be edited in separate tabs. This allows a faster overview of the individual settings. In addition, some help buttons have been added. 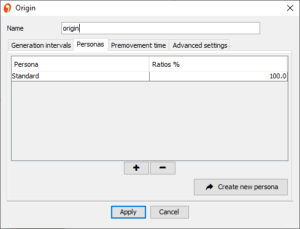 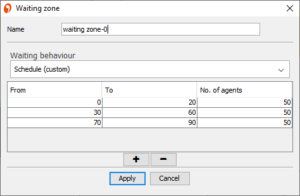 To simplify the creation of summaries, they have been moved to a separate dialog. This allows an easier overview of all possible summaries as well as a filter option in the future.

In addition to implementing new features, we also focus on making crowd:it faster. This time, we took a closer look at the chart dialog and were able to speed it up significantly.

Do you have further questions? Your desired feature is not yet in this release? Send us an e-mail or give us a call!