We develop and improve crowd:it continuously. And now,  a new version is released.

There are also some great new features that we would like to introduce to you: 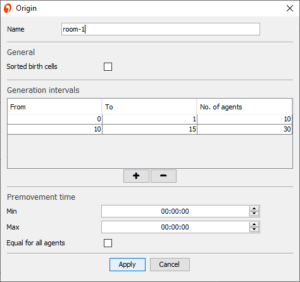 To make the creation of origins even easier, we have redesigned the dialog. Creating and managing the generation intervals is now clearer and we have tweaked the order of the fields. 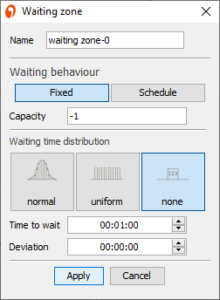 Configuration option of the agent coloring in the export dialog 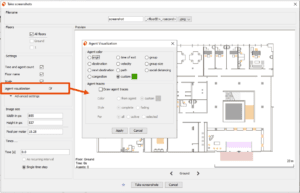 In addition to the existing settings, the color settings for the agents can now be made directly in the video and screenshot export dialog. These are also applied to saved reports and therefore only need to be set once.

In addition, some new data series and predefined charts have been added.

Here is a small selection of the added data series / predefined charts:

In addition to implementing new features, we also focus on making crowd:it faster. This time, we took a closer look at the chart dialog and were able to speed it up significantly.

Have further questions? Desired feature not yet in this release? Send us an e-mail or give us a call!